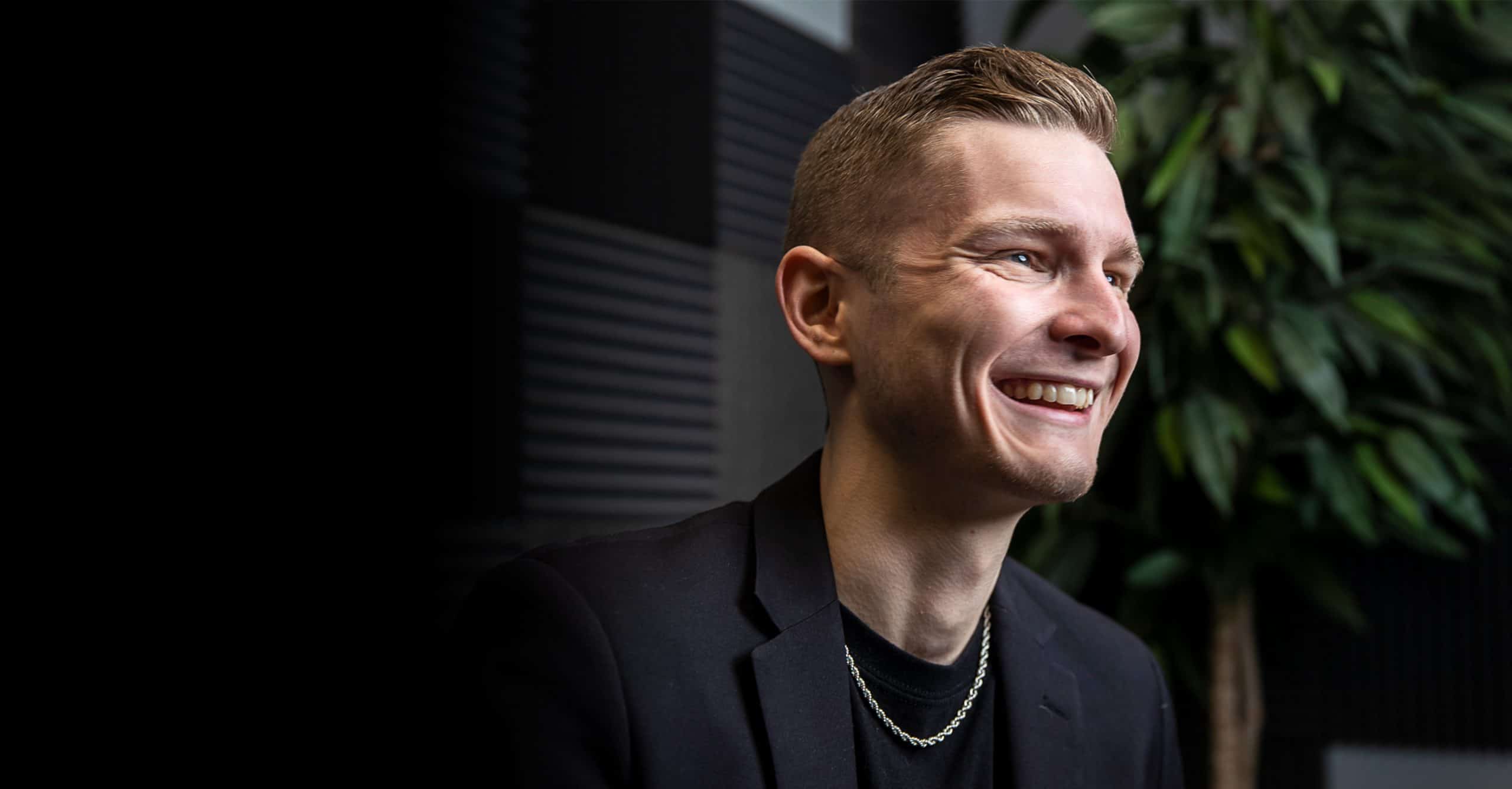 Once named “Most Admired Business Leader” in St. Louis, Garrett Atkins is an accomplished entrepreneur and executive. Starting with VIE Media in 2016, Garrett’s ventures have proven his business skills—and management style—are wildly effective.

Garrett Atkins is a St. Louis entrepreneur who started his first company in his humble St. Louis apartment, and now owns and manages multiple companies with dozens of employees. At the helm of these companies, Garrett has grown and expanded his business portfolio to include a variety of industries and business models. Using this experience, Garrett has become an influential figure on social media and in board rooms nationwide, sharing his knowledge and advice with fellow entrepreneurs and startups.

It all began with VIE Media, Garrett Atkins’ full-service media marketing firm. Garrett and his partners quickly made a name for themselves in the Gateway to the West, rapidly expanding and taking on clients from small local businesses to Fortune 500 companies. Thanks to the success of VIE Media, Garrett built the capital to expand his multi-media production services into new ventures. These include podcast production company Half Coast Studios, video game media network GPN, and the Xbox Game Pass utility Game Pass Counter.

It’s not all media production, though. Garrett has also started and grown West County Insulation, a high-quality insulation service in the St. Louis and St. Charles area. A true entrepreneur, Garrett Atkins’ newest business venture is likely around the corner.

It’s important for business leaders to share their knowledge and experience with others. Garrett Atkins understands the value of idea-sharing with fellow entrepreneurs and has condensed his strategy and management style into an effective message he can share with the world. By speaking at conferences and other educational events, Garrett explains the keys to his success and interacts with his favorite people in the world: big dreamers.

Garrett Atkins has never failed to start an effective, long-lasting business. Thanks to his hard-work, close partners, and solid strategies, Garrett’s firms have experienced constant growth—even when others have experienced backsliding revenue. Because of this, Garrett Atkins offers consulting services for all businesses. Whether it’s a startup venture struggling to take off or a multi-million dollar corporation in need of a fresh perspective, Garrett can work with business leaders to build a powerful strategy when it’s needed most.

Consultation isn’t just important for top-floor executives, it can be a major boon for all business teams. Having built VIE Media, Garrett can also be a terrific asset to any marketing team in need of bold new strategies.

St. Louis is a vibrant city full of movers and shakers, innovators, and hidden gems. It seems like every time you turn around there’s a new great restaurant, innovative tech company, or amazing piece of artwork. STL Podcast is a love letter to the city, highlighting the people and places that make it a uniquely incredible place to live.

STL Podcast interviews some of the people behind St. Louis’ best businesses, attractions, and culture, offering listeners an insider’s view into entrepreneurship in real-time. As an entrepreneur himself, Garrett brings his own unique insight into each episode. It’s the best way to find out what’s happening in the Gateway City before taking your own adventure.

LISTEN TO THE PODCAST
VISIT THE SITE

GARRETT IN THE PRESS

GET IN TOUCH WITH GARRETT ATKINS

If you have any questions do not hesitate to send Garrett a message.

BE THE FIRST TO LEARN ABOUT GARRETT’S FUTURE ENDEAVORS